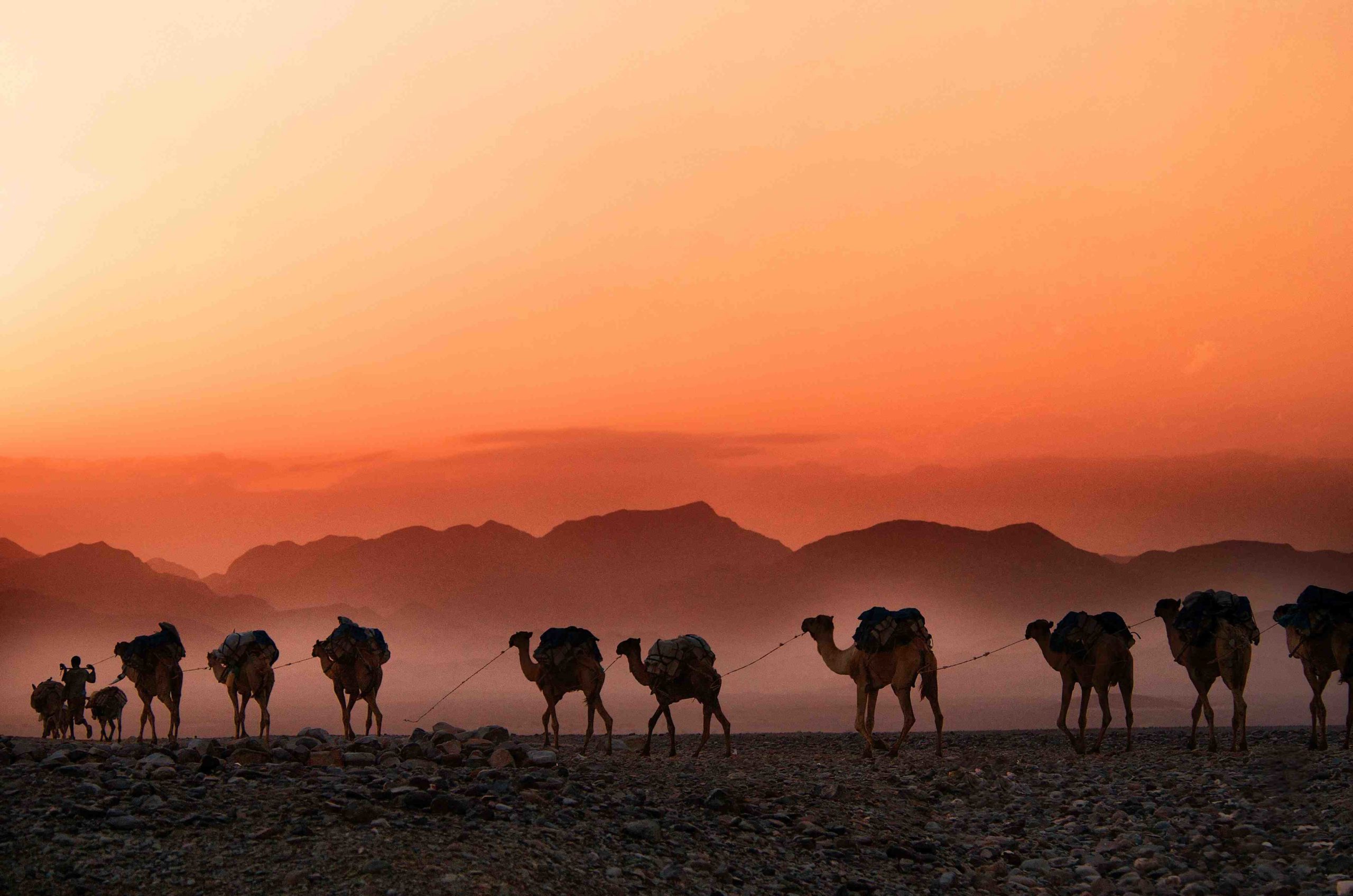 Desert is known as the empty water land. People don’t like deserts much because of being dry and hot. Despite their nature is dry they have always played an important role in helping the environment, humans, and animals by the formation and concentration of important minerals like:

They can easily be found in every continent and have provided a home to the one-sixth of the world’s population. They cover a vast area of the total earth’s surface. They are masters of saving energy but can strike in an instant. They can make a small meal last a long time. There are different types of deserts.

These are the desserts that are extremely hot and dry. This is the true picture of a person’s imagination of how deserts would look like. There is a lack of water and the temperature is too high which made the life of animals so difficult there. Sahara Desert is one of its types.

The sparse rainfall has also outpaced the ratio between the rainfall and evaporation. Sometimes, the droplets get evaporated before they touch the surface of the desert. It is also very difficult for the animals to survive living here. They mostly come out at night when the sun is gone. Animals living in these deserts are mostly, Dung beetles, fennec foxes, Bactrian camels, etc. these animals survive in these deserts just because of having some special qualities among them.

Some species of Camels have only one hump but bacterial camels have two humps and can take energy from them and they can survive for more than seven months without drinking water. Not only has this they have tough feet that helped them to withstand the heat of the desert sand.

Another specie that lives successfully in these hot deserts is of Dung Beetles. They survive on the dung of other larger animals. They wait for other animals to find

Water and then swallow their dung to fulfill the need of their water and their survivor. What could be more beneficial than living on the dung of other animals?

These deserts are also known as “Cold winter deserts “because of having moderately long dry summers and winters with long intervals of rain. These deserts have hot temperatures in the morning and a cool breeze blown in the evening. Animals living in these deserts are Kangaroo, Skunks, Jack Rabbits, etc.

Kangaroo has adapted themselves to live on these circumstances. They can survive on less water. Their intestine absorbs water. They also lick their chest and underarms keeping their body wet with their saliva. Which helps them to cool down their blood when the water evaporates at high temperatures.

While if we talk about the Jackrabbits, then they follow a different technique to survive in these deserts. The most remarkable structure of jackrabbits is being played by their long ears which have thin skin with a lot of blood vessels in them. As the temperature rises, they start the increase the blood flow in these vessels allowing the heat to escape and keeping them cool. This has helped them a lot to stay safe from the heat.

These are the desserts that are found mostly in cool and moderately warm areas. Atacama Desert Chile represents the coastal desert. Here, the average temperature in summers is 13-24 C whereas, in winters it can be dropped down to -4 C. animals mostly found in these deserts are Elephants, Snakes, Lizards, Coyotes, Birds, Etc.

Elephants found in these deserts have relatively larger feet than other elephants helping them to move easily on dry surfaces. Their small body indicates that they need less water and relatively they have a long trunk which helps them to dig deeply for searching the water that flows underground.

Other animals also follow different techniques for survival. Snakes can survive for a month only with a meal of rat. They changed their body structure according to their climatic conditions and starts living according to that.

Looking at the difficulties animals found in the deserts it can be assumed how much it is difficult for them to survive there? But their adaptation teaches us that if there is a will anything can be possible. They have found the solution to their problems and living their lives following those techniques easily.