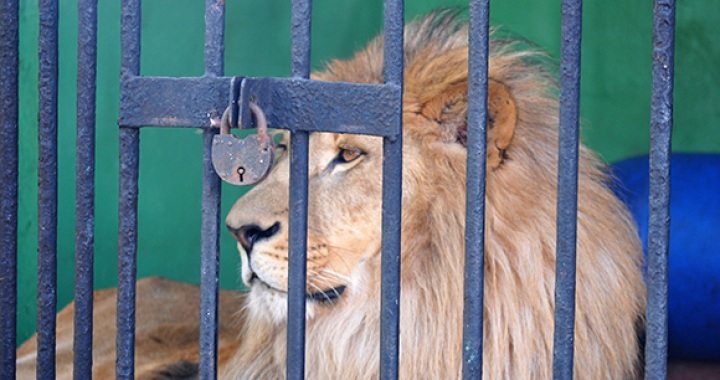 What comes into your mind when you hear the word “Zoo”? A clear picture of animals captivated in a limited concrete enclosure might have clicked you. Certainly, that’s the problem! Animals are born free. They love to roam around and find their prey because it’s in their instinct. And when they are restricted in an environment, their physical and mental health badly deteriorates.

This blog is all about the unhealthy effects on the health of animals caused by the deleterious practices of zoos.

We all get offended when we see some zoos replacing their bars with glass, electric fences, and moats, artfully incorporated into the landscaping. Various researches conducted by the specialists in this domain have verified that zoo enclosures are all too often woefully inadequate for the needs of the animals, resulting in developing the abnormal ‘stereotypic’ behaviors and medical problems causing them to die prematurely.

Some of the cases have been documented such as lameness and behavioral problems in elephants, stereotypic behavior and high infant mortality in polar bears, and abnormal behavior in great apes.

No Conservation by Zoos

Many zoos justify keeping wild animals in captivity because they contribute to conservation. These claims generally focus on reintroducing animals back to the wild, maintaining populations of animals as an assurance against extinction, and funding conservation projects.

However, studies have shown that a majority of zoos don’t return animals to wild that they breed or they are rarely extinct in the wild. They take animals from the wild including elephants and cetaceans (whales and dolphins) for funds collection and profit. Their claims are usually exaggerated and unjustified.

No Education in Zoos

Zoos often claim that they are the most important centers for public education about wild animals and habitats. Yes, they do provide an opportunity to see these animals up close, but does that add knowledge to the public? Do they know about the practices that should be followed for animals’ hygiene and their protection?

Zoo visitors learn little more than how an animal behaves in captivity and leave with a distorted and inaccurate perception of the species concerned. Rather than education, they get entertainment from the zoos which should not be a justified purpose of keeping animals behind the bars.

Many zoos claim that they research studying animal behavior and physiology, their response to environmental enrichment or visitor presence, and problems with reproduction in captivity. However, that is not the case. They rarely ensure proper research mechanisms in real.

Still, there is a very less proportion of zoos that follow the established laws and attain a license to operate. Several zoo associations claim that they hold their member zoos to higher standards of animal care and conservation participation.

However, these associations exist primarily to represent their members’ interests. They do not have any legal powers and have very little or no influence outside their membership. Furthermore, they do not guarantee proper animal care.