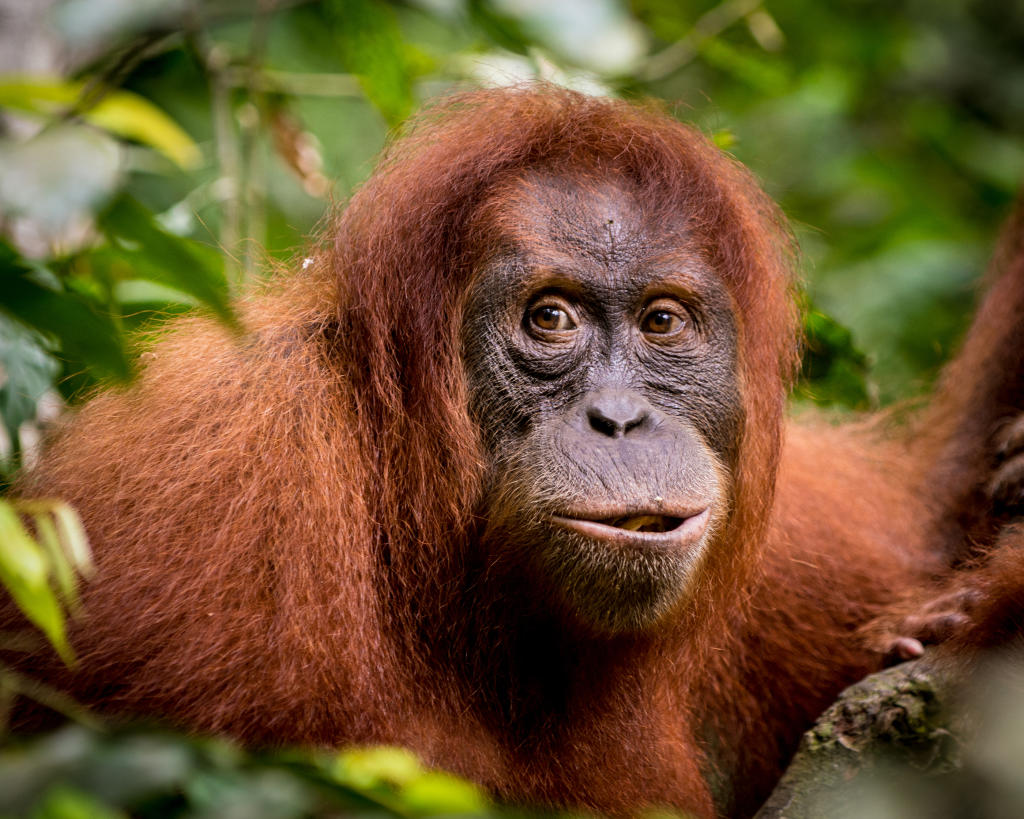 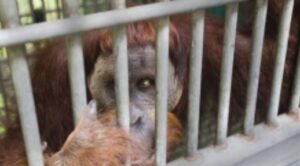 A blind Sumatran orangutan has survived poachers, air rifles, and deforestation during his 13 years of life. Leuser has been saved twice by the Sumatran Orangutan Conservation Program (SOCP), but now resides in captivity at their quarantine centre in Medan, Sumatra, after being shot 62 times by villagers seeking entertainment. He was first brought to the Sumatran Orangutan Conservation Programme’s quarantine centre near Medan, Sumatra, in February 2004 after being given as a gift to a Police Lieutenant by one of his staff posted in Aceh, during the civil war.The Lieutenant planned to take Leuser home to Jakarta but was intercepted by the SOCP orangutan conservation team and remained in Sumatra. His initial quarantine period was brief and without any major problems, a small parasite infestation being quickly and easily treated. He was 5 years old. 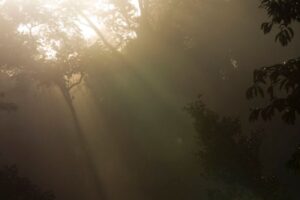 He was then taken to a release site in June, at the edge of Jambi’s Bukit Tigapuluh National Park in Central Sumatra. There his reintroduction training began, having to learn to find food and build a nest to sleep in the forest, and he was finally released back into the wild 8 months later. All was well in planet ape, Leuser was back living wild in the forest!

He took to the forest immediately, as if he never left. He was an excellent nest builder and always knew where to find fruit trees. The staff from SOCP always try to monitor the released orangutans for as long as possible, making sure they are doing well and help out with food, here and there, if need be.

Over the next two years Leuser was seen from time to time in the forest moving with other Orangutans, but then in November 2006, staff in Jambi received a call that villagers had captured an orangutan, 40 Km from the park boundary, on a plantation. He was in a bad way, with a 40 cm cut on his right leg and 62 air rifle pellets in his body, including in both eyes, rendering him totally blind.  The team from the Jambi Conservation Department moved in and evacuated the Orangutan and quickly recognised it was Leuser. 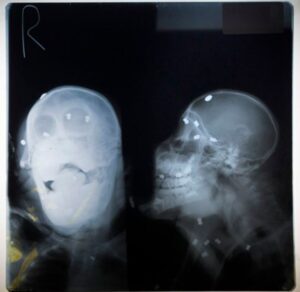 He was immediately x-rayed, confirming he was riddle with pellets, and sent back to the quarantine centre outside Medan once again for treatment.

On arrival the SOCP veterinary team managed to remove 14 of the 62 pellets. 3 villagers where subsequently prosecuted and received 6 month jail terms for the shooting. The villages stated that they wanted to capture the animal and sell it to an orangutan project, but the team on the ground suspected that they where simply having fun, pumping pellet after pellet into Leuser’s body, for entertainment “Lets shoot the funny monkey” kind of thing, and got frustrated were surprised when he didn’t die and making up a story of why they had shot and captured him. 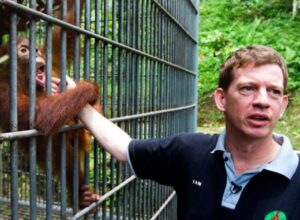 According to SOCP Director, Dr Ian Singleton “If they’d wanted to return him to the team in Jambi why would they have shot him so many times? There are concentrations around his head and genitals, I reckon they shot him around the head and seeing he was still alive probably thought it would be fun to see his reaction when they shot him in the nuts”! 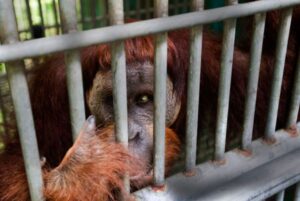 Sadly, being totally blind Leuser will never be able to return to the wild again 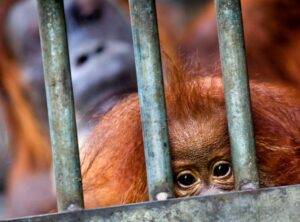 In 2010, with 48 pellets still in his body, he was introduced to another blind orangutan, an aged female with cataracts named Gober and in July that year they where separated again as she clearly pregnant. Then on the 21st of January 2011 she surprised everyone by giving birth to twins, a boy and a girl, but in perfect health. The timing of the birth also surprised staff a little, with a gestation length of around 8 months 20 days, it meant that Gober had conceived before the two adults had actually been in the same cage together, through the bars of the cage separating them! Gober and her twins are safe for now but the fate of many Sumatran orangutans hangs in balance. In April 2012 NGO’s from all over the world met in Jakarta, the Indonesia’s capital, to discuss the future of the Tripa peat swamp forests, which supports the highest density of Sumatran Orangutans anywhere on earth. According to Dr Ian Singelton, Director of the Sumatran Orangutan Conservation Program “the Tripa peat swamp forests harbor not only the highest densities of orangutans, but also the orangutans in these swamps possess a unique culture of tool use, something that orangutans in dryland forests just don’t have. Losing them would be a global tragedy’.